How to use ConvertKit Visual Automations

Learn how to build a funnel for your subscribers and automate your content.

Written by Catherine
Updated over a week ago

Ready to put your emails on auto-pilot?

There is virtually endless amounts of things you can automate when you use visual automations. Let's start creating yours!

What are visual automations?

Often called funnels, visual automations help you send well-timed, targeted content to your audience so you can stay focused on what matters most: growing your online business. 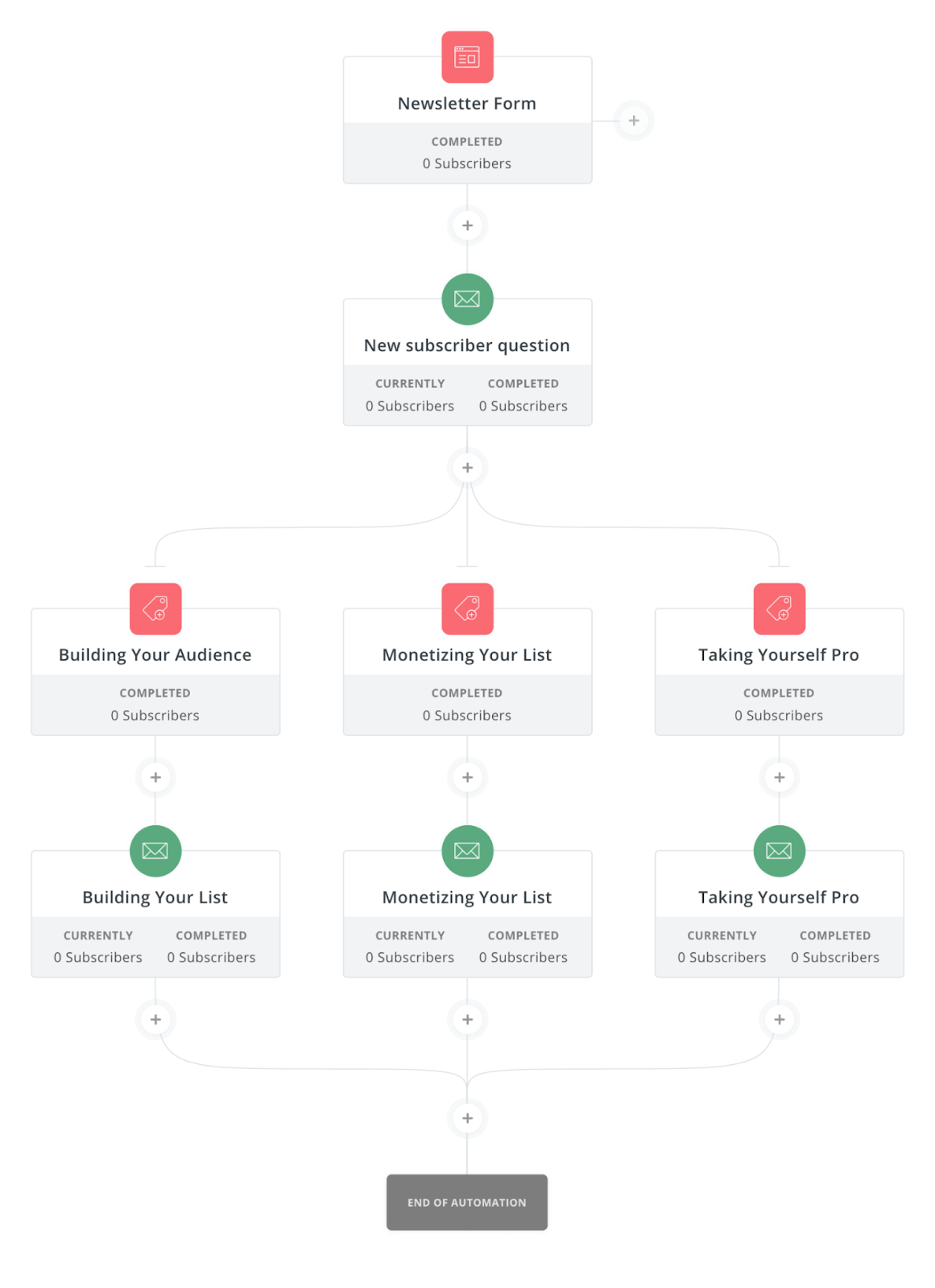 Visual automations are here to help you:

With visual automations, you can build custom paths for your subscribers. No matter what industry you are in, there’s always an automation that can serve you and your audience.

You can survey your audience, launch a product, host a webinar, sell a service, and so much more!

Part of the beauty of automations is that you don't have to stick with one entry point per automation. You can add an additional entry point by clicking the (+) next to your initial one.

TIP: You also have the option to select 'Any form' as an entry point, if you want the automation to trigger when a subscriber joins any of your forms or landing pages!

NOTE: If your automation is initially wider than the allowed entry points, you can split them into multiple automations.

Another great option for multiple forms leading to an automation, would be to group all of those forms to a tag, and then have that single tag become your automation’s entry point.

Here’s a quick overview of what you can do with visual automations: 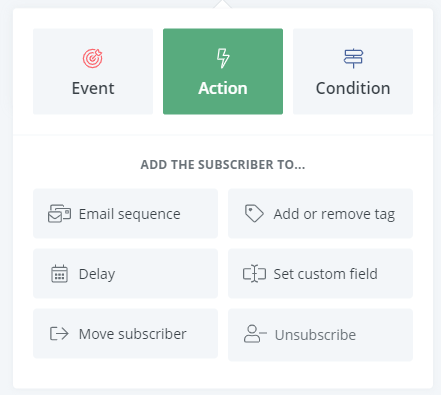 Actions are the backbone of automations. Actions are commonly used for connecting forms to sequences and automatically tagging subscribers when they opt in. 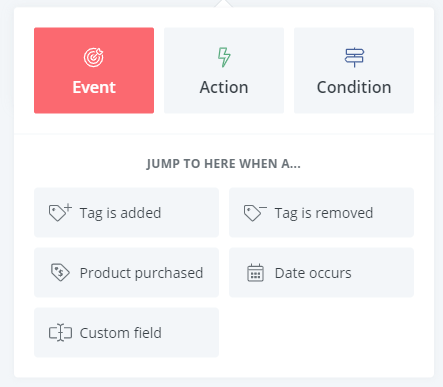 Events pull subscribers forward in your visual automations. Events are commonly used to move subscribers on a certain date, when a product is purchased, or when a tag is added/removed. 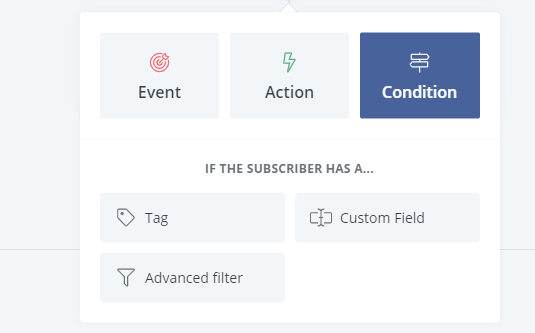 Conditions are the visual automation equivalent of a fork in the road. Conditions ask 'yes' or 'no' questions that direct your subscribers down the appropriate path based on the answer that applies to them.

Getting Started with Visual Automations

If you're ready to build your first visual automation, these guides will help you:

Ready for more advanced automation? Here are our top resources to get you going:

"What's the difference between an automation and a sequence?"

Sequences are simply back-to-back emails. Each email has delays in between them, telling the system how long it should wait before sending out the next email in line.

Automations are much more powerful, and can hold a sequence inside of it—or even multiple sequences! Automations are a string of multiple actions, based on specific steps, all coming together to create your funnel.

"I created an automation with an entry point and an action step, but no one is in the automation. What did I do wrong?"

There are a few things you can check when this happens. Let's answer this question here:

"Why are subscribers getting unsubscribed from sequences in my visual automation?"

If you have an automation rule that sends a subscriber to a sequence, when the subscriber makes it through all of the published emails, in this case they will not be unsubscribed from the sequence. They will still be an active subscriber in this sequence.

If you were to add an email to this sequence later on down the road, this subscriber who was added via the rule will get that new email you added.