Learn how Actions work in Visual Automations to add or remove your Subscribers to Tags, Sequences, Delays, and more!

What Is An Action?

Actions are polite and wait until the previous step has completed, before directing the Subscriber to the next step in the automation. Picture a traffic light: you only proceed when the light changes from Red to Green. 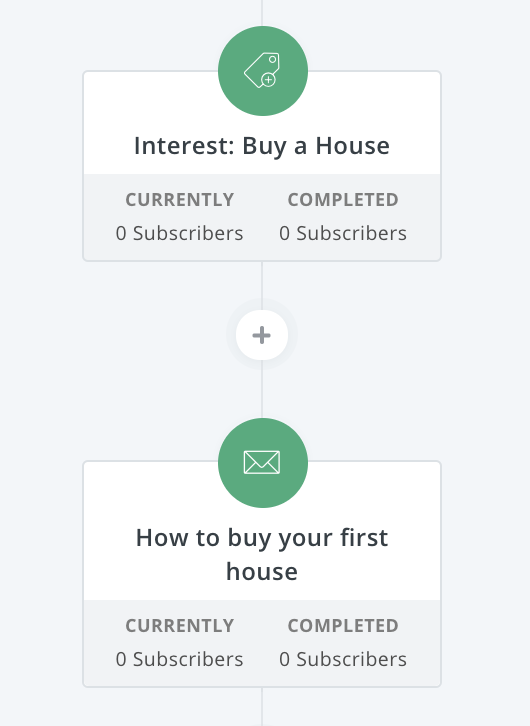 Here is a list of all of the things you can do with an Action step in a Visual Automation. 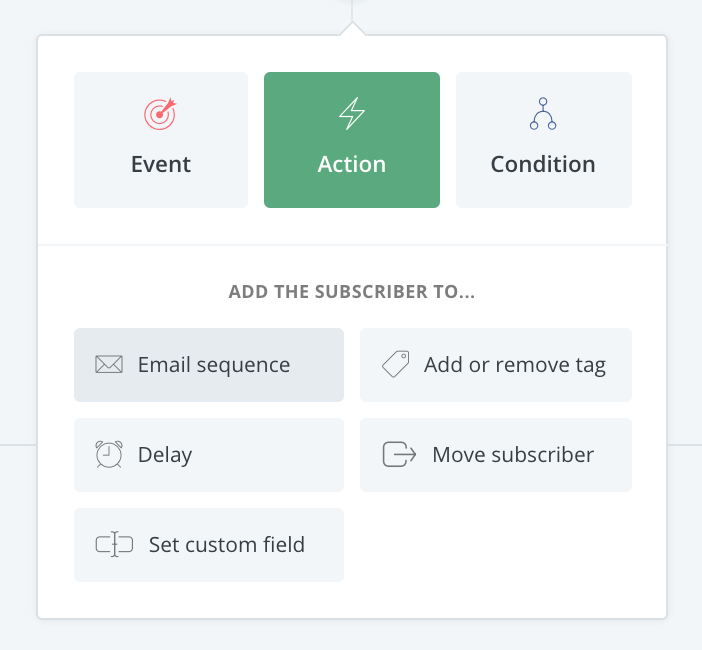 Add Subscribers to a Sequence

When you have a Form or Landing Page on your website, the common next step from the opt-in, would be to send these Subscribers some emails!

The most typical, and simple use case for an Automation is to have a Form as the entry point, and then an email Sequence as the next step. Here is what you need to do to achieve this:

Remove a Tag From a Subscriber

Now you can remove a Tag from a Subscriber, just like you can add one. This will check if the Subscriber has a specified Tag and remove it if they do.

Delays are useful if you want Subscribers to wait for something else to complete, or simply to give them a “break” before something else happens. This can be helpful if you are surveying your audience to see what topic they are interested in.

We do this too!

We use this technique at ConvertKit to onboard new customers. In the first email there are two links, “New to Email Marketing,” and “Experienced”. Since people don’t always open emails right away, we built in a two day delay at the end of the Sequence to give people a little extra time to re-open and click the link.

Here’s a look at how a finance blogger may use delays also: 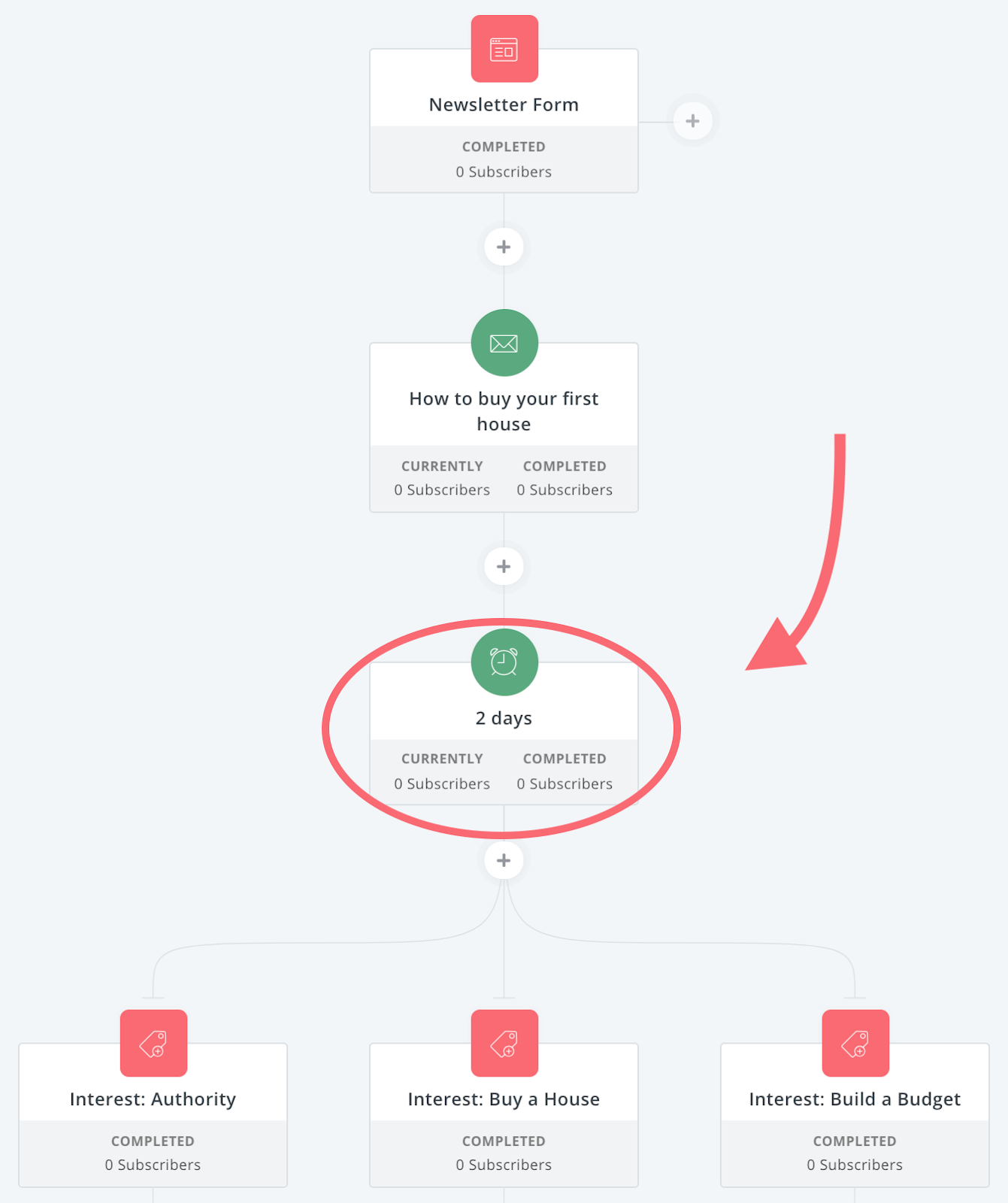 3 Ways to Move the Subscriber

To find these three options, under an Action Step, you'll click on Move Subscriber: 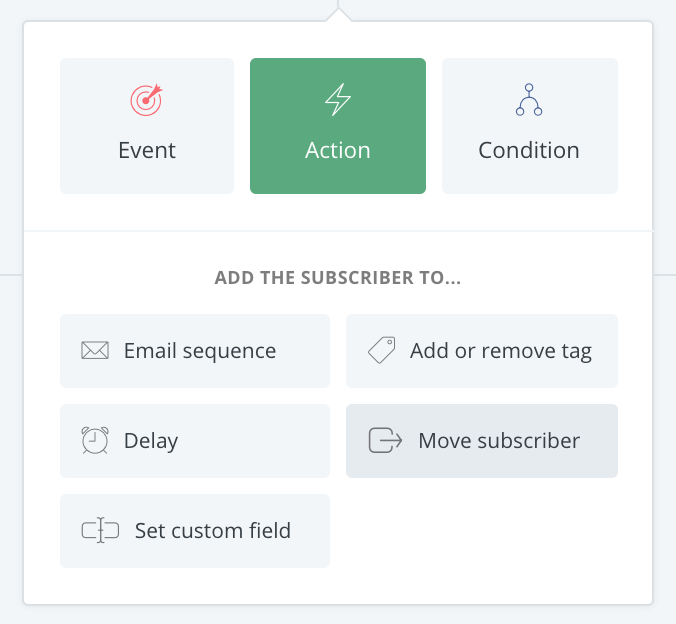 Once you click on Move Subscriber, you'll see three options. 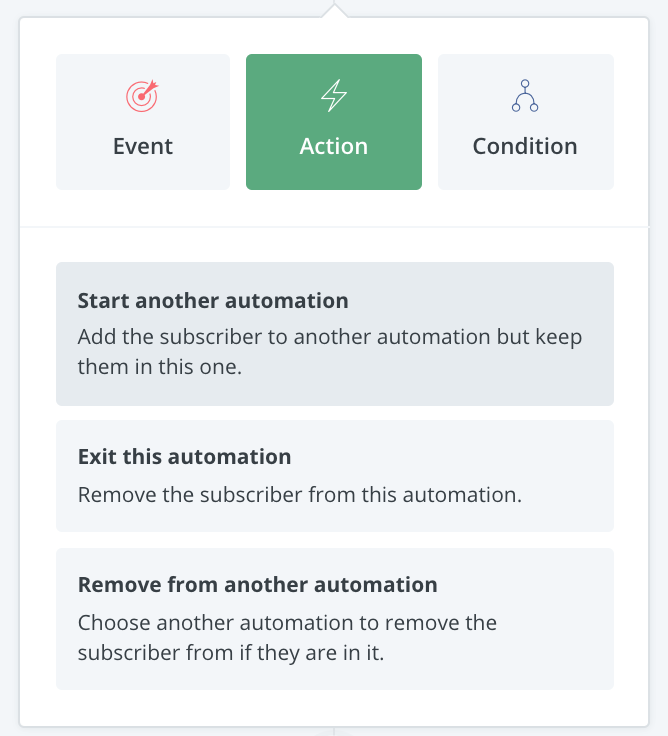 This allows you to add a Subscriber to the beginning of another Automation. They will remain in both Automations. Multitasking like a pro! 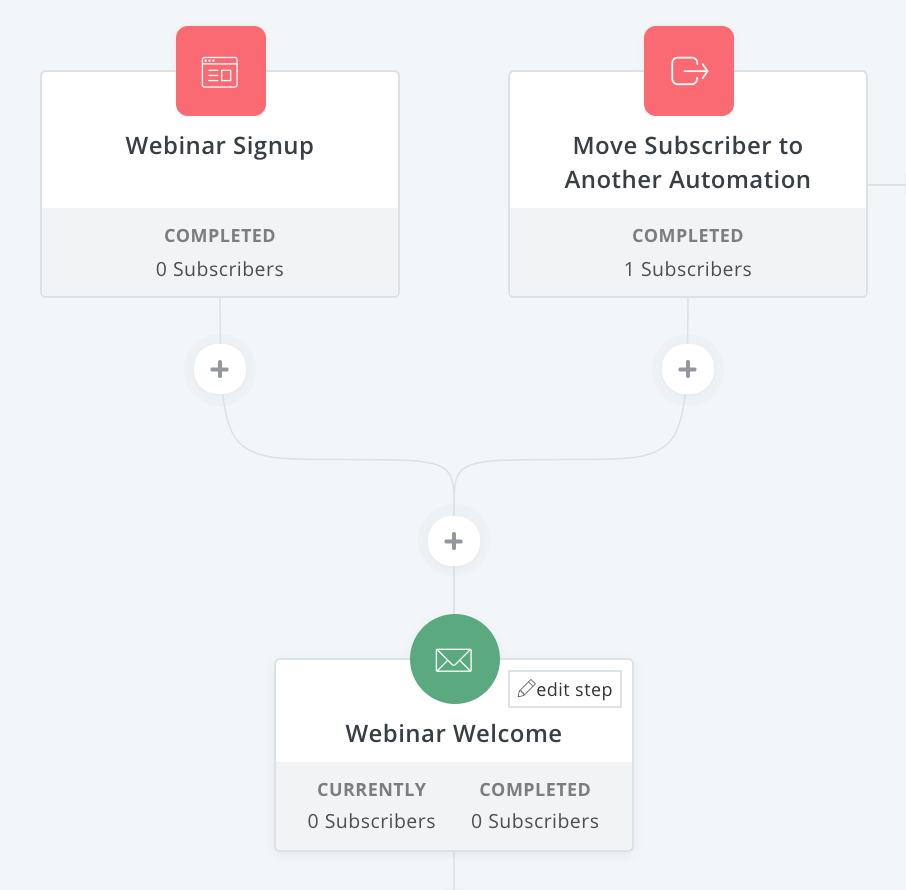 This allows you to remove a Subscriber from the current Automation. It acts the same as the final “ END OF AUTOMATION” node. This is only available in Condition branches or Events when there are multiple in the same row. There has to be another path a Subscriber can take for this to work. 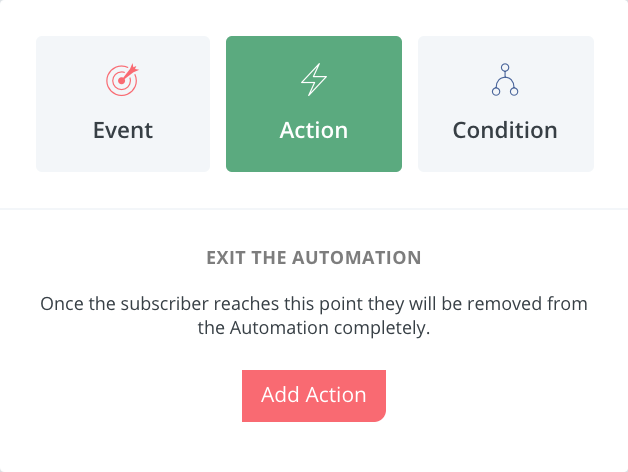 Once you add this node, you will notice the line ends there because subscribers can’t move past it: 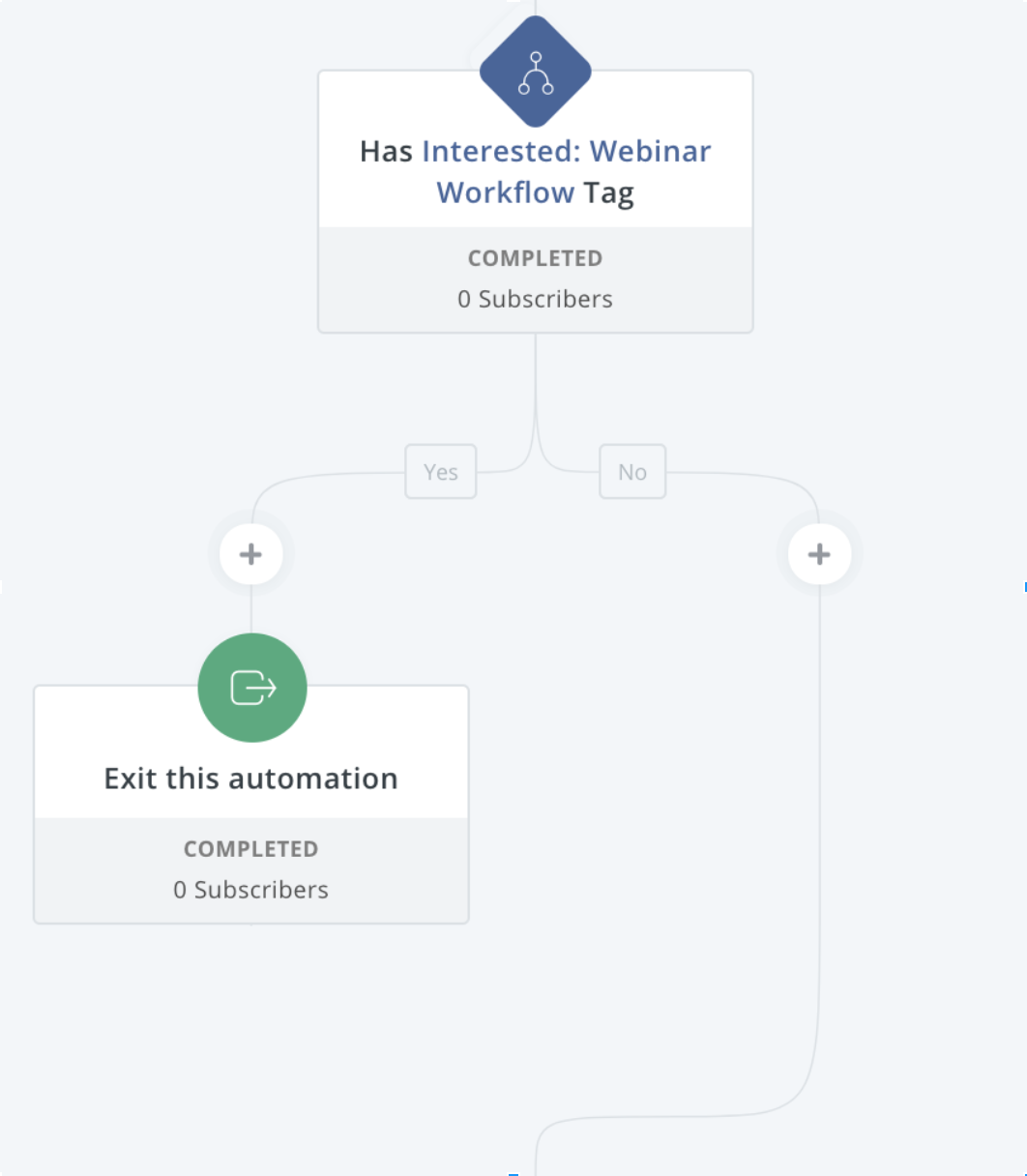 3. Remove From Another Automation

This Action will check if the Subscriber is currently in another Automation and, if so, will remove them. This is handy for making sure Subscribers are not in two overlapping Automations at once, when moving them around!