All Collections
ConvertKit Use Cases
Generosity + ConvertKit = the solution for success

Generosity + ConvertKit = the solution for success

How a math teacher used the power of online community to change the course of his life. 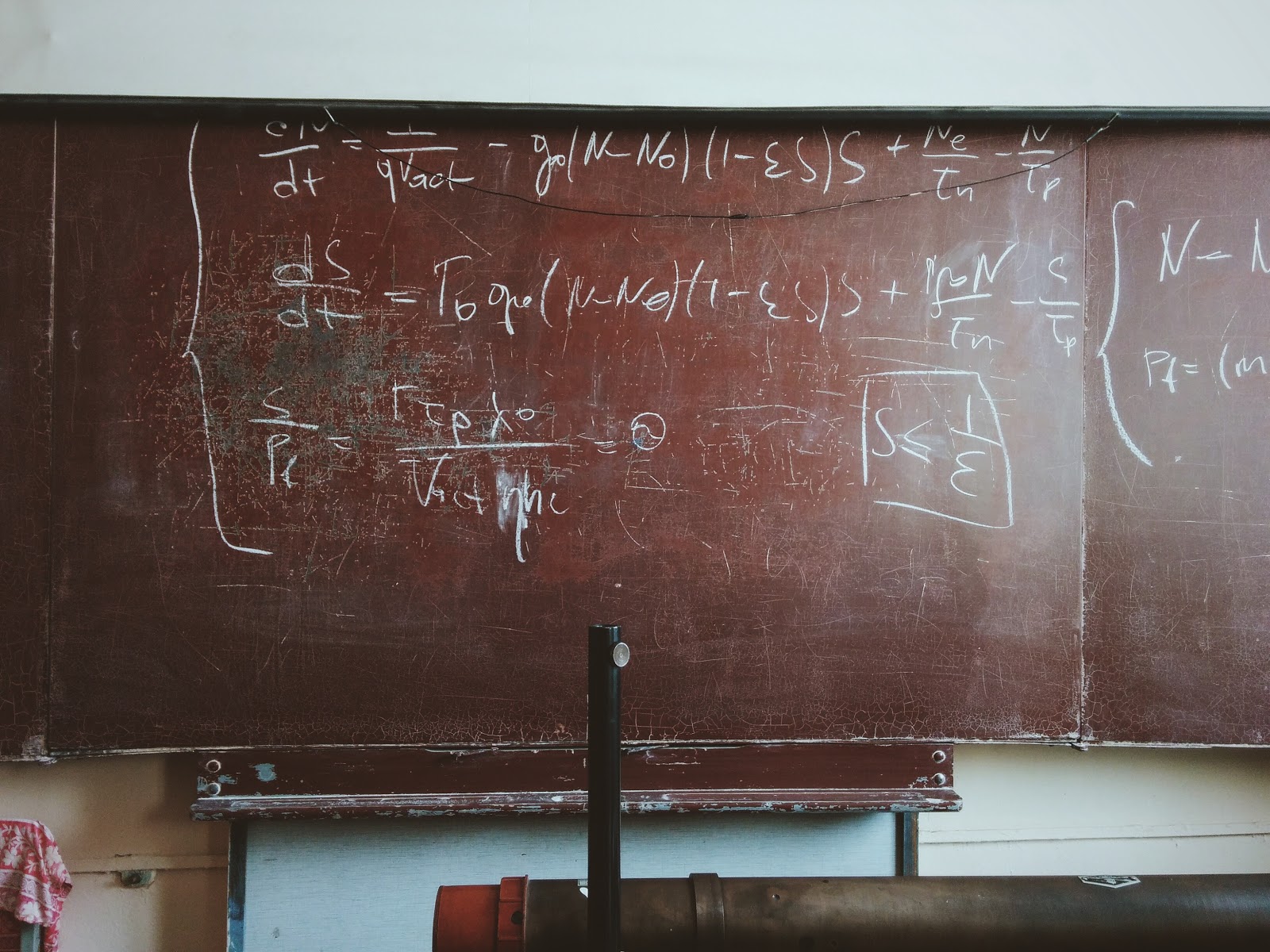 At the young age of 12, Steve was diagnosed with epilepsy. This meant as he pursued living a meaningful life, he would face additional stepping stones. Not one to accept a predetermined outcome, Steve decided to continue toward the life he saw himself living, regardless of this obstacle.

Doing so required Steve to work on his mindset and his perseverance- two skills that would serve him well in the years to come. For as much as this diagnosis could have taken away his quality of life, Steve’s drive and determination took him down a path of adventure and great experience.

Steve went on to complete school and became a math teacher. With years of previous experience teaching the 4th and 5th grades, he moved into the role of District Math Coach. This new title gave him the ability and influence to instruct kids and support teachers from every grade level. Choosing to see this as an opportunity, Steve viewed this as a step in the right direction, but not without challenges of its own:

"I work in seven different school buildings – which adds an additional challenge since I don’t drive, due to epilepsy. In a nutshell, I find a way to make it work.  Sometimes that means I walk – I’ve walked over six miles in a day to teach math lessons. Sometimes, it means I plan very carefully with other people and their schedules to make it work.

However, it also helped me begin to wonder how I could support people remotely. It guided me to a question of how I can quickly deliver content online to support those who were both miles away… and also just a click of a button away."

In August of 2014, the same year that Steve took on his new role as a math coach, he started his blog. Armed with a tremendous amount of courage, Steve published his first post in just one morning.

Two months later, Steve discovered the power of video content and began creating videos for his blog as well. He loved the ease and freedom video gave him to communicate with his audience.

In fact, by December, he created his first online resource and how-to video. Suddenly, his influence stretched much farther than driving a car ever could have.

"To date, that file has been downloaded 10,440 times. More importantly, it helped me to realize the power and reach of a blog."

From that moment, Steve was determined to use his blog to empower teachers with valuable resources for their classrooms., He was even receiving requests for his content from educators across the country.

A platform to support a teacher

All of this momentum had Steve searching for a way to manage it all.

"To date, I have given away 903,255 copies of my math resources to teachers all around the world using download links from my blog. It started slowly and then began to accelerate. I found a subscription plugin that I could add to my blog and I used it for quite a while, but when the numbers seemed to be getting too large, I looked for a better email solution. That is what led me to ConvertKit."

Steve now had a large audience he needed to reach, and the ease and simplicity of ConvertKit’s user experience fit the bill. He could get his resources directly to his audience by using a simple opt-in form.

ConvertKit’s creator platform made it easy for Steve to create his form and embed it onto his blog. And with ConvertKit’s built-in ability to send a free download to subscribers, Steve started engaging his audience right away with the resources they needed. 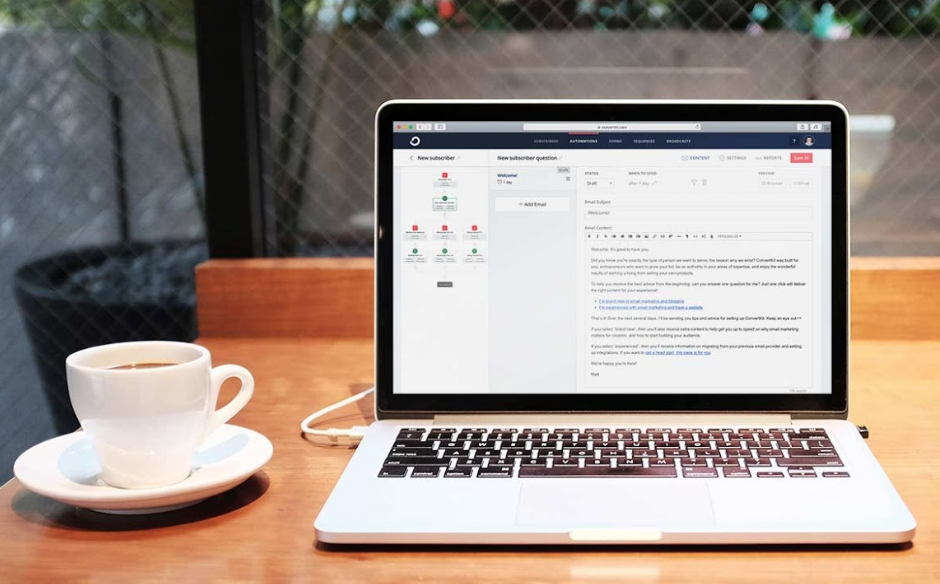 Steve has delivered a total of 166,531 copies of materials to classrooms around the world through ConvertKit opt-in forms.

When he first signed up for ConvertKit in November of 2017, Steve had been blogging for over two years and had just over 4,000 subscribers. In June of 2019, he had just under 22,000 subscribers!

Steve is passionate about helping classrooms worldwide, and his strategy is working.

"I simply give out the very best of the materials that I create because it matters so much."

Word of his knowledge, resources, and know-how spread, and Steve soon found himself traveling all over, speaking at conferences, supporting teachers in other states, and more. But with his full-time job still taking up so much time, Steve needed to find a way to continue making his content available while also earning an income online. He needed a way to continue building momentum with his influence and also pay the bills.

Steve was looking to create forward momentum by:

He attended Craft + Commerce, ConvertKit’s annual conference for creators, with this goal in mind. He wanted to glean as much new information about creating and launching a course as he could. And by the end of the powerful weekend surrounded by other creators like himself, Steve had chosen a course platform, (Podia), opened an account, and began working on his content.

Determination, mindset, and the proper tools

Steve has reached this point in his journey by mastering his mindset and determining to never live a life less than what he dreams for himself, his family, and for the people he’s helping. ConvertKit is honored to be a small portion of the toolset that allows him the freedom to choose this path.

"Without a doubt, my favorite thing about ConvertKit is the heart of the people who work there. The fact that it is also an amazing product just makes me feel proud, sort of like I’m part of the family which feels really good."

Steve also loves how opt-in forms allow him to put helpful content into the hands of teachers right away.

He has big plans for the future of supporting teachers, and we have no doubt that he will do it with great success. ConvertKit will be there to support his work as a husband, a father, and as a creator along the way.

"Sometimes you find your purpose with the greatest clarity when you focus on the needs of others."

Are you ready to teach everything you know?